Today’s blog post will be fairly short as today was mainly a work day.  I woke up after four hours of sleep and decided to go out in the rain for a nice long walk. I made my way all the way to the City of Arts and Sciences and back which is about four miles.  Keep in mind that it was pitch black and raining the entire time. With all of the eating and drinking here in Spain, it felt good to get out and move! I took a couple of pictures in the dark. It was strangely quiet as the sun doesn’t even make an appearance here until about 8am. Spain is a late night culture. I’m sure the cars that passed me thought I was heading home after a long night of dancing!

A walk in the dark!
We left the hotel at 9:30 to begin a long day of school presentations and tours. Our bus took us to the Albufera Natural Park which is just outside of Valencia. This is a nature preserve and beach that is 25 kilometers long. It was absolutely beautiful. Inside of the park is a lake that is both fresh and saltwater. Here only commercial fisherman can catch fish, but licensed individuals (who inherit licenses) can hunt duck. It was a beautiful peaceful place!  The boat ride in the rain was nice, but could have been a lot nicer on a sunny day. Everyone here tells us how sunny Valencia is and how they never get rain. Well, we’ve been here two days and it has rained most of the day on each day. 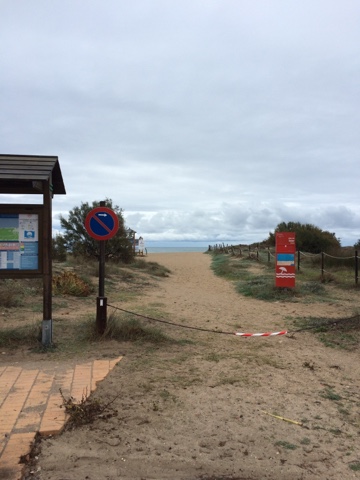 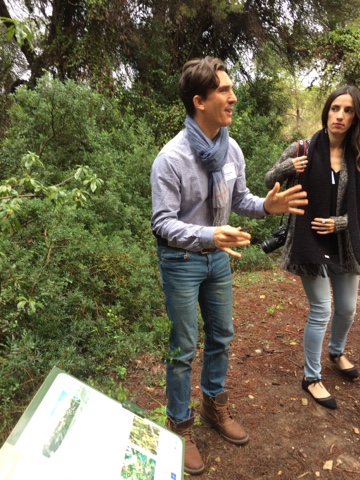 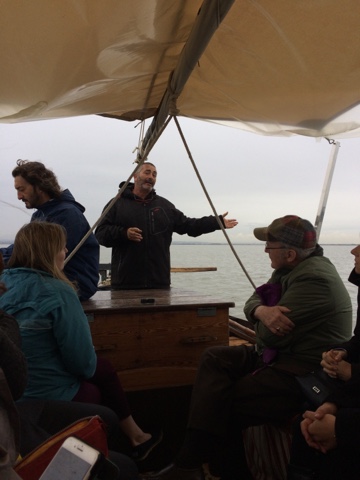 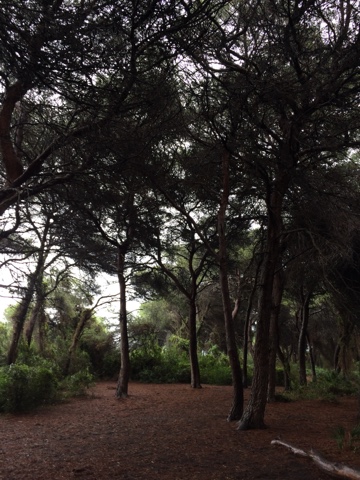 We listened to ten Spanish language school presentations and then we had a paella cooking demonstration. Paella comes from Valencia because the rice that is used to make paella comes from this area exclusively. After having cocktails, we were seated for our traditional paella lunch. Because this is Spain, we had to share three appetizers first.  We had a cod salad, huge calamari with salsa and duck paté (no thank you!). Of course, we had lots of wine and bread. They actually had four goblets at each place setting.  After our appetizers, we were served both traditional paella and vegetarian paella. The traditional paella has rabbit, snail and chicken. I was not thrilled to consume duck, rabbit, squid and snails in the same meal, but I did. Our dessert was a chocolate crumble topped with caramel, apples and vanilla bean mousse.  So much food! 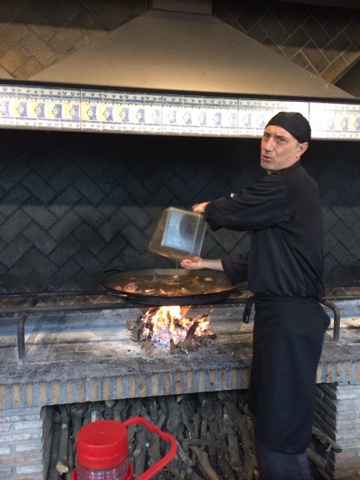 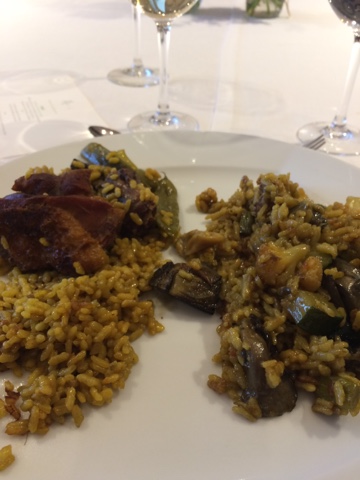 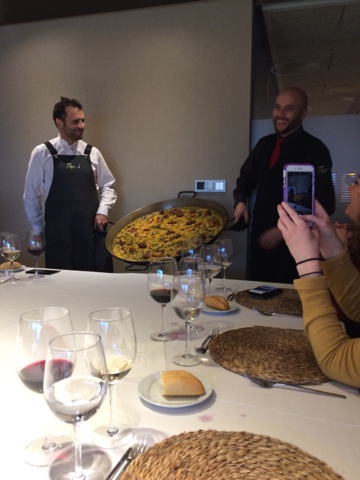 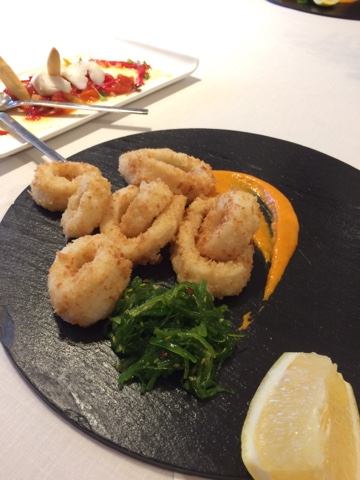 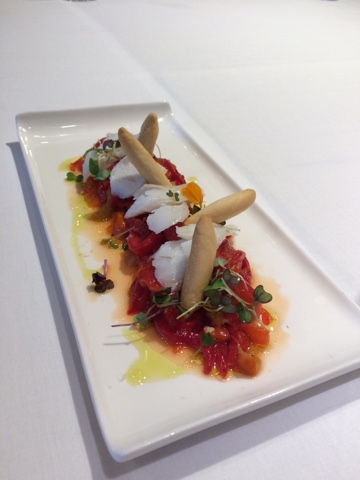 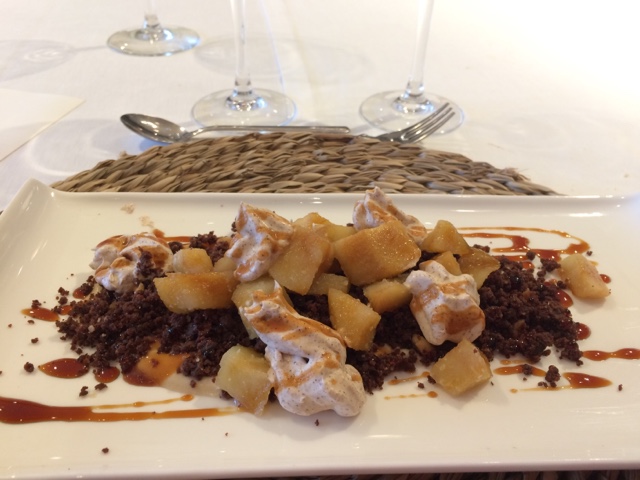 The rest of the day was spent touring language schools. In all, we visited 8 schools. It was informative, but incredibly exhausting. By 8:30pm, we returned to the hotel where most of us went immediately to bed. We had the option of another four course meal, but most of us were still full from lunch and decided to get some well-needed rest. 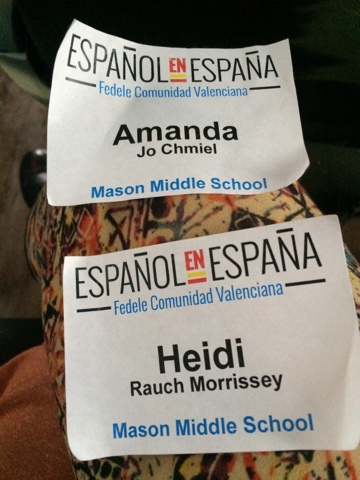 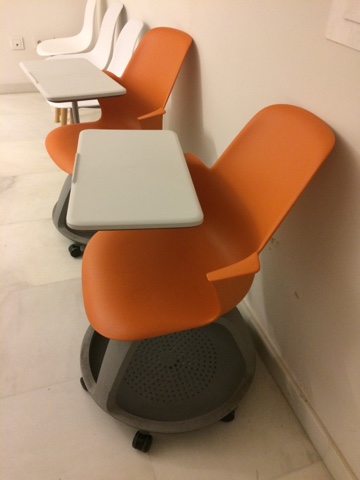 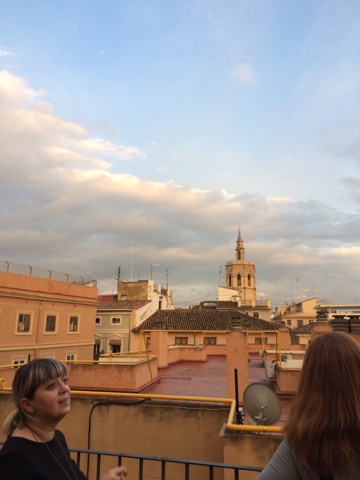 All in all, a really great day! I’m so grateful to be here to learn more about the various language schools in Spain. This trip has exceeded my expectations in so many ways!

One thought on “Wednesday: School tours”